OpenStreetMap (OSM) is a powerful tool for disaster preparedness planning. OSM is most helpful where the data is complete (includes all buildings, road networks, and other points of interest) and detailed (building heights, materials, structural information). Good OSM data can be used by tools such as InaSAFE to generate better policy and operational insight.

We looked at the OSM data for five of the fastest growing cities and evaluated what data they currently have available on OSM, and what gaps they should address to best identify their risks. Quickly growing cities are interesting for a few reasons: 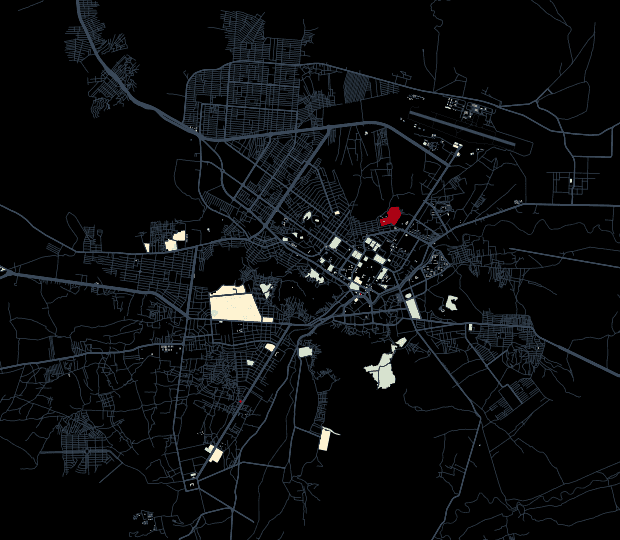 The road framework in Kabul is well developed but building mapping is largely limited to non-residential buildings. Furthermore, of the 771 buildings in the selected area, only 44 have additional tags to indicate what the building is used for. This makes it difficult to distinguish a school from a hospital from a Mosque. We’ve worked extensively with polling station locations in Afghanistan, many of which are schools, mosques, and clinics. We are working with the OSM community to import this data to improve points of interest across Afghanistan. However this will not address the significant gap in residential buildings and construction data.

Kabul isn’t at particularly high risk of most natural disasters. There are occasional earthquakes and flash flooding though, for which is critical to have accurate population and building information for preparedness, response, and evacuation. 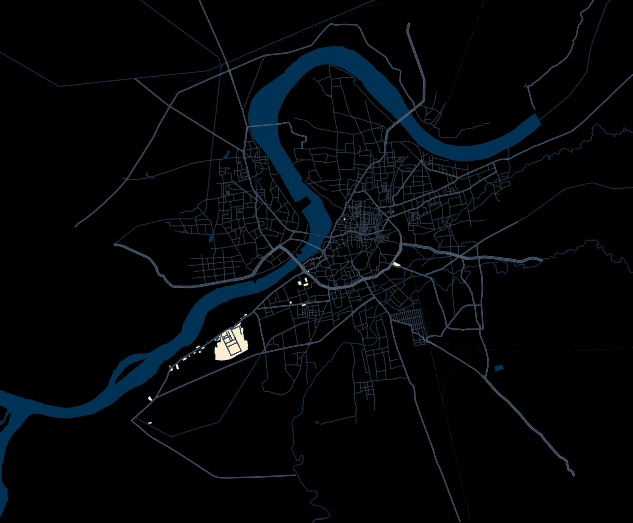 Surat, India on the banks of the Tapti River.

Similar to Kabul, Surat’s OSM map shows good road network mapping in the downtown area but very few buildings — there are only 40 buildings in all of Surat. There is also no data on building materials, levels, or structure.

Surat is in a precarious position in regards to flooding. In 1994, there was a high profile medical emergency when flooding led to an outbreak of a pneumonic plague epidemic. An effective health care response helped mitigate the damage but better flood planning can certainly help avoid these types of problems in the future. 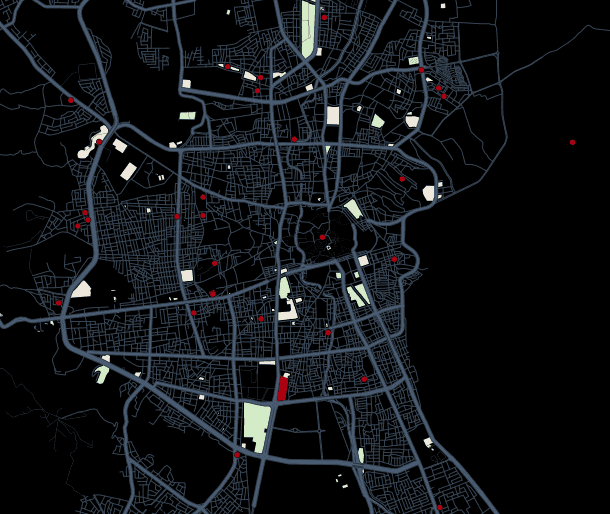 Like Kabul and Surat, the road network in Sana’a is quite good with very few buildings mapped. However, there are notably 47 hospitals and clinics mapped in OSM. 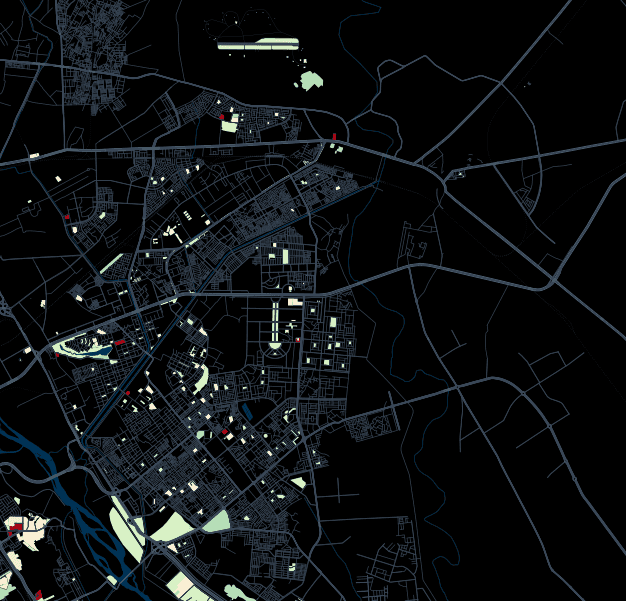 At first glance, Ghaziabad appears to have a good amount of road and building coverage. Upon further investigation, it turns out that the real center of the city is towards the upper right of this map and has almost no mapping done. Swipe moved Edit descriptionlxbarth.com

Use the slider to toggle between the OSM data and satellite imagery.

As a neighboring city of Delhi, it’s not surprising that the outskirts are well mapped but it is surprising to see how little is mapped in the central and eastern portions of the city. It would be a boon to disaster risk planning if the areas around the nearby Hindon river were mapped in case of persistent rains and flooding. 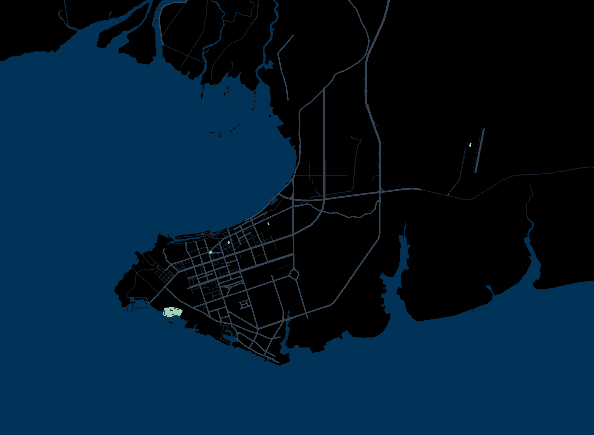 Beihai, China on the north shore of the Gulf of Tonkin.

Beihai is the least well-mapped of these five cities. This is not surprising given legal restrictions on OSM in China. The Surveying and Mapping Law prohibits any citizen mapping or surveying in mainland China. Restrictive mapping policies in places such as China and in Pakistan will severely hamper the ability of local communities to smartly plan their growth and prepare for disasters.

Currently the population within the urban area is under one million but the city is predicted to experience the fastest growth of any urban area by 2020. The city is relatively low-lying, coastal, and experiences a significant monsoon season so planning ahead for floods and other associated hazards is increasingly important as the population grows.

The Open Data for Resilience Initiative (OpenDRI) is one group working to coordinate activities using OSM and open data “to reduce the impact of disasters by empowering decisions-makers with better information and the tools to support their decisions.” The field guide released this spring provides a wealth of knowledge on this topic, particularly in regards to building inspection and tagging OSM data. As a part of the Understanding Risk Forum in London this week, OpenDRI will be holding a workshop on Friday on learning the tools used in OpenDRI projects. Check out the OpenDRI Field Guide for additional information.

In the long run, the success of projects like OpenDRI will depend on efforts to improve the OSM footprint in the most vulnerable places.