Earlier this week, Afghanistan’s Independent Election Commission (IEC) released a 605-page PDF containing the final results of the first round of presidential elections. Working with NDI, we extracted the data from that PDF and posted it in a more usable format. You can navigate through the results on AfghanistanElectionData.org, and you can also download the full results as a CSV. 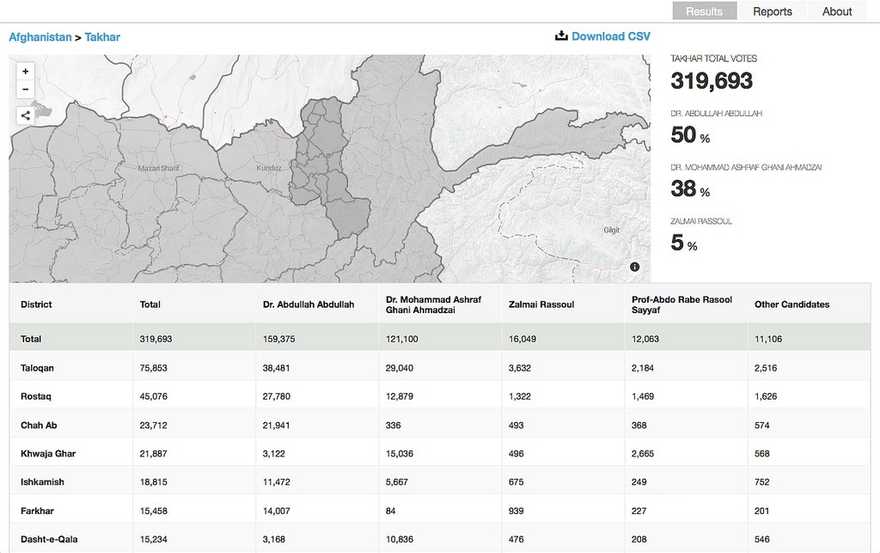 The IEC launched its own results website for this election, where it published results on a rolling basis as they were certified. This is a laudable effort that is a huge improvement over results reporting in previous years. However the IEC did not make its the data easily available in an open and machine-readable format. Our friends on the NDI ICT team pulled regular scrapes of the IEC’s partial results and we extracted the final results from the PDF. Working with the manipulatable versions of this data, we gained insights that would not have been obvious from the IEC’s presentation of the data.

Afghan election authorities invalidated the results of 525 polling stations. These efforts protected against the sort of rampant ballot box stuffing that marred the the 2009 Presidential Elections, in which hundreds of polling stations reported that all available ballots were cast for a single candidate.

While we don’t see such brashly fraudulent results among the final count, savvier approaches to ballot box stuffing seem to have made it past scrutiny. Among the official results we found around a dozen polling centers in which:

Here are some of our favorites: 2014AfghanistanElectionsResults_ Flickr is almost certainly the best online photo management and sharing application in the world. Show off your…www.flickr.com

These cases of savvy ballot box stuffing are often geographically concentrated, suggesting coordination on this strategy. 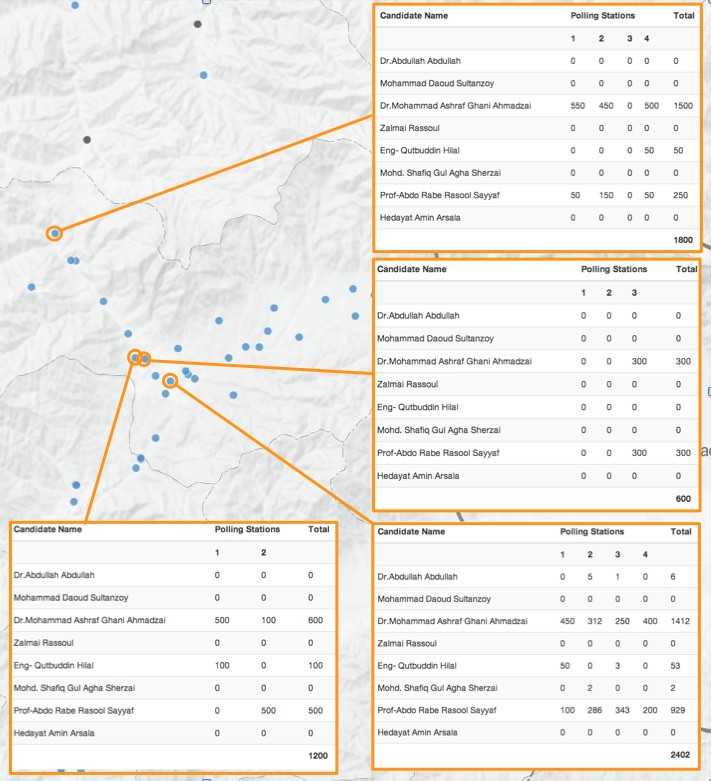 The small number of polling centers of this sort were not enough to affect the outcome, but this is something to look out for in the next round.

What happened to Pur Chaman?

We aren’t sure why all of the votes from Pur Chaman were excluded. In total, eight districts reported no votes. (Five held no voting.). However Pur Chaman is unique in reporting results for so many places in the preliminary results only to be later excluded from the final count. 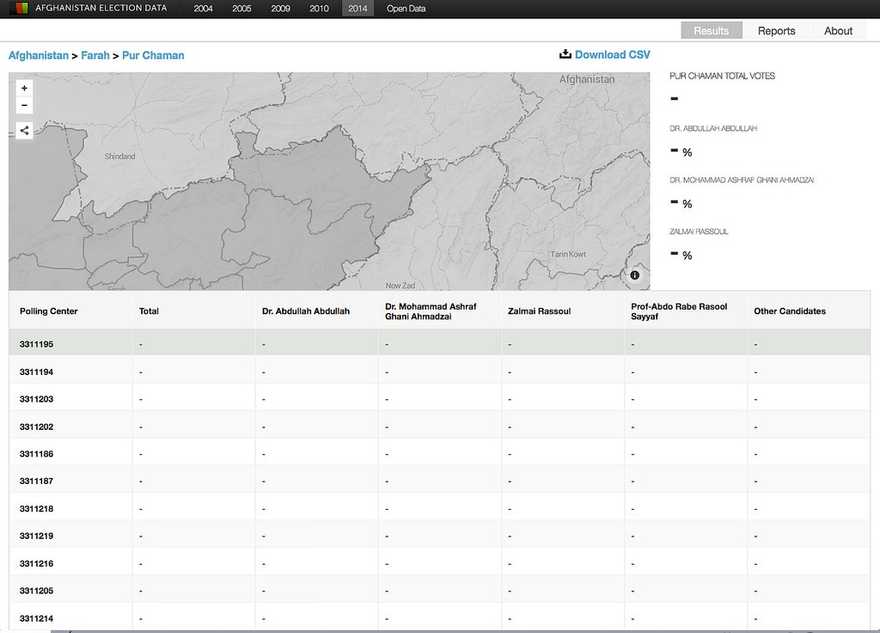 Over the next few days we will share additional insights on these numbers. We look forward to working with the team at NDI to add additional reports and maps to Afghanistan Election Data.