Governments are ideal OSM users. Governments build and maintain roads and manage public transit. Governments have powerful incentives to provide road data in a manner most useful to citizens. However legal, policy, and cultural considerations prevent governments from engaging in OSM.

OpenRoads — OSM for the Philippines

The National Government in the Philippines needs the ability to manage and collaboratively edit road data in much the same way as OSM, but with their own unique set of data and users. Different portions of the road network are managed by authorities at the national, provincial, municipal, or barangay. These authorities also need tools to manage data on road improvement projects, from evaluating proposed resurfacing projects to tracking the proper completion of a funded road expansion.

The OSM software provides fantastic tools for a whole-of-government approach to road management. Working closely with the World Bank, we are building the OpenRoads Network Editor, an OSM-based system for road management across Philippines’ various road authorities. We built this using OSM-as-a-platform and utilizing tools like iD and to-fix. 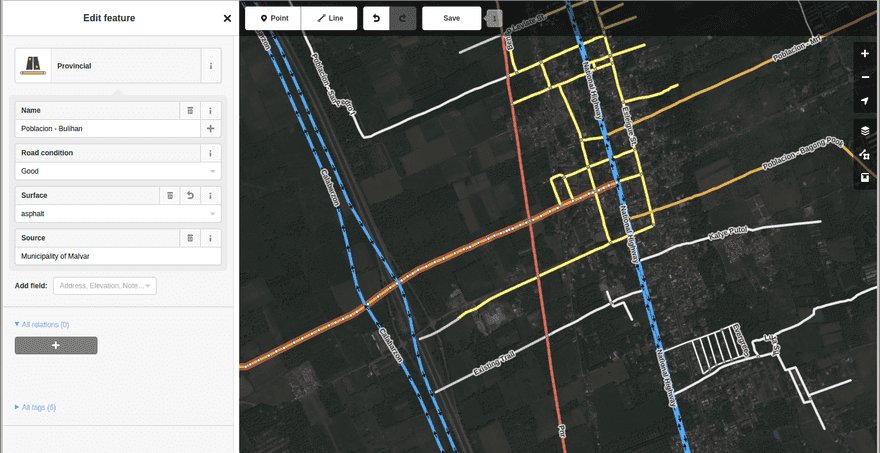 This tool will allow the Government to create a full map and inventory of the countries 200,000 KM of roads. Ultimately it will also provide the analytical tools to allow the Philippines to make better decisions on infrastructure investments with real-time data.

The World Bank recognizes the value of government managing data with collaborative open source tools. This week the World Bank is introducing this platform at a summit of the Philippine’s 1490 mayors. Today we are at the World Bank for *Big Data for a More Resilient Future* to present OpenRoads and how OSM-as-a-platform can benefit other governments.