We just finished uploading 141,107.17 miles (67 MB) of road data for Congo, DRC, Tanzania, Sudan, Kenya, Burundi, and Rwanda from FAO’s Africover project and the UN’s DEPHA to Open Street Map. OSM will play a crucial role in some of our upcoming mapping projects and these additions make significant improvements to the coverage, especially in rural areas. The data should go live sometime in the next several days. Here is a look at the country maps, before and after this work. 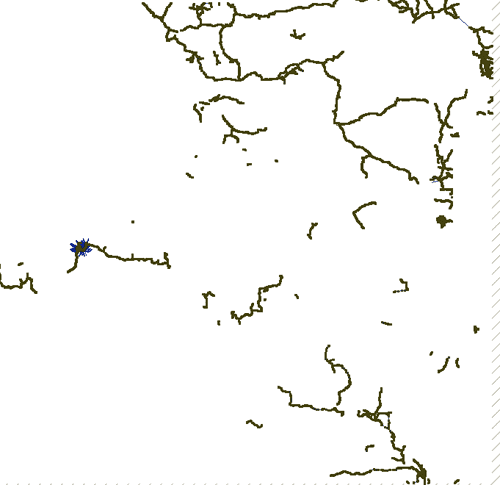 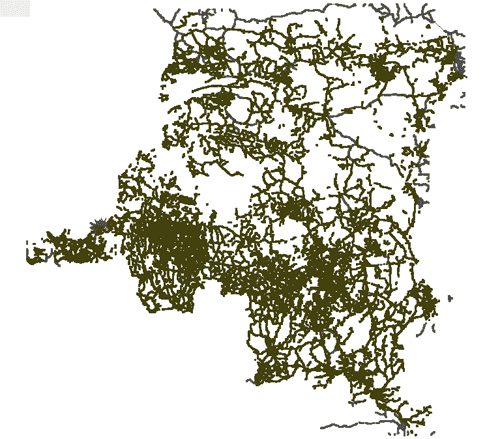 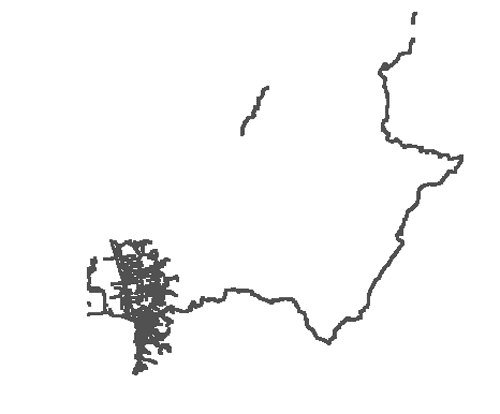 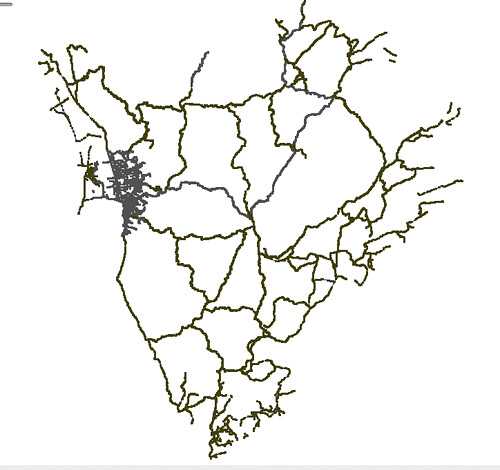 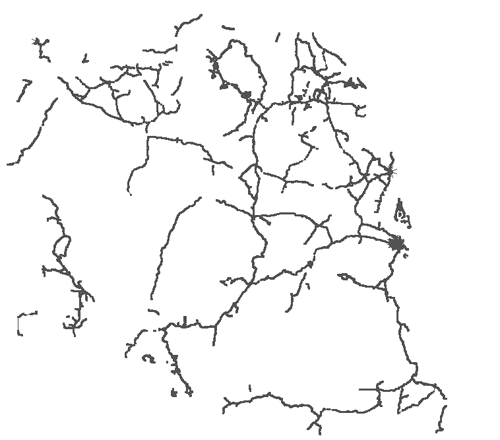 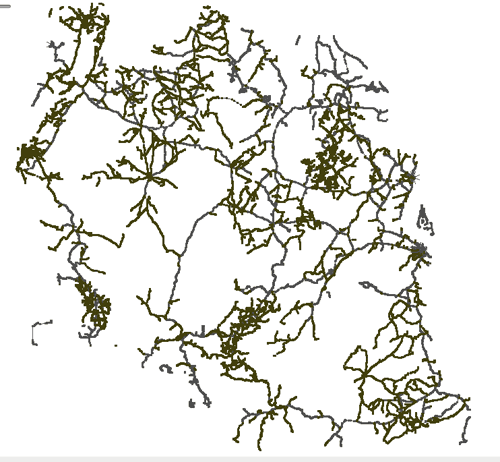 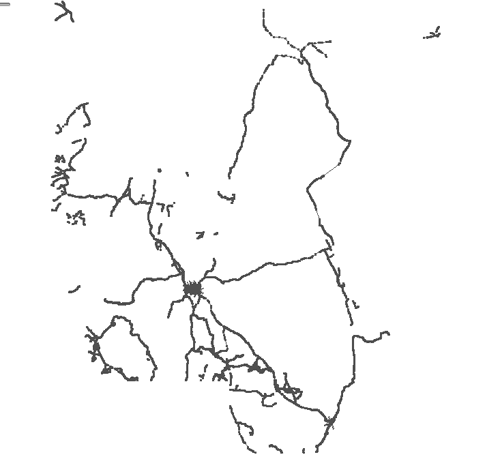 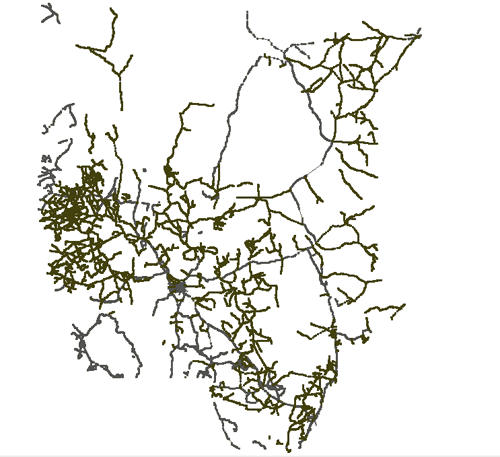 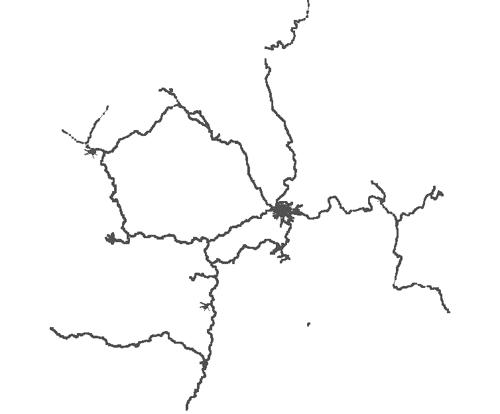 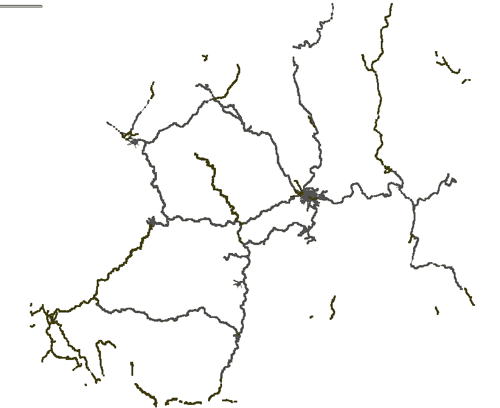 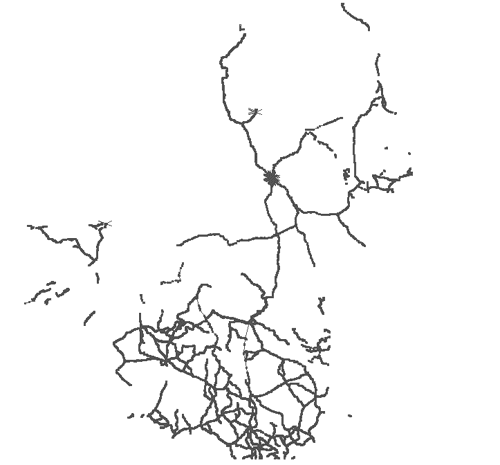 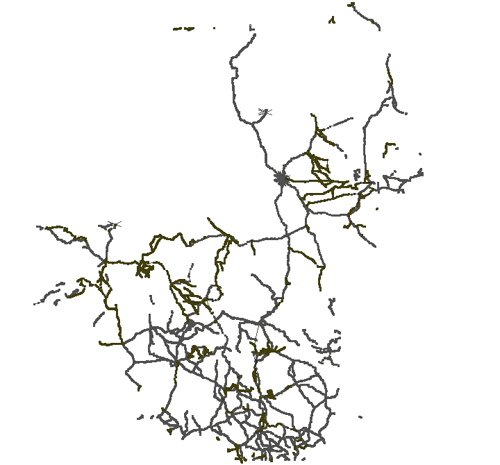 This work was done by Megan McCune, Maria Televantos, Erin Pendleton, and Owen Williams, who made up the the GIS for Humanitarian Relief team this spring and who worked with friends and contacts at the FAO’s Africover project and the UN’s DEPHA to gain access to the base-layer data (roads, rivers, rails, administrative boundaries) these repositories contain. Craig von Hagen at Africover and Alex Lugadiru at DEPHA deserve special thanks for their willingness to allow us to contribute the shapefiles to the OSM dataset. Members of the OSM Legal-Talk discussion list provided invaluable advice as to how to ensure the data transfer could happen in a way that protected the community.

Once we had the shapefiles from DEPHA and Africover, Tom MacWright converted them to the OSM data format using the open-source shp2osm tool. Then our GIS team began the process of removing information in the new datasets that OSM already contained. Using the JOSM editor, we de-duped slowly, and each layer was checked for accuracy by a second team member once the work was completed.

As shown above, we’ve now imported new street data for six countries. Thanks again to Africover and DEPHA, we have street layers for five other countries and will be adding them to OSM in the coming weeks. We also have data describing railroads, rivers, and administrative boundaries that we plan to contribute as well.

The Open Street Map community has been wonderful throughout the project. Special thanks to Mikel Maron for his extremely helpful advice and encouragement in the early days of our work. We’ve received numerous emails expressing support and willingness to volunteer since we first announced the creation of the team. Now that we’ve got our feet under us, we plan to take a few folks up on these offers and will be coordinating future work on the project page of each country in the OSM Wiki.

The ongoing goals of the project are to increase the availability of open GIS data and improve the quality of open-source GIS tools that international development and humanitarian relief agencies rely on to carry out their work. We will continue to post the outcomes of this project here on our blog.