On Saturday, Afghanistan went in large numbers to vote for a new president and provincial representatives. While the elections were widely seen to be a success, there were numerous reports of shortages in ballot papers. 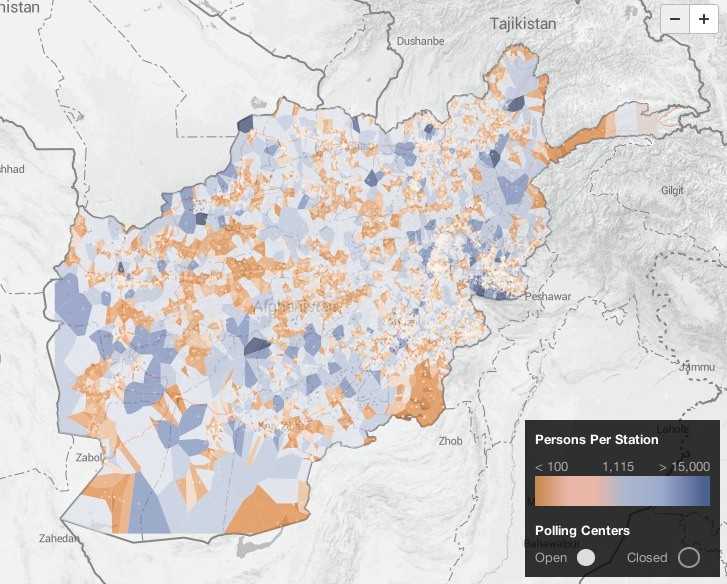 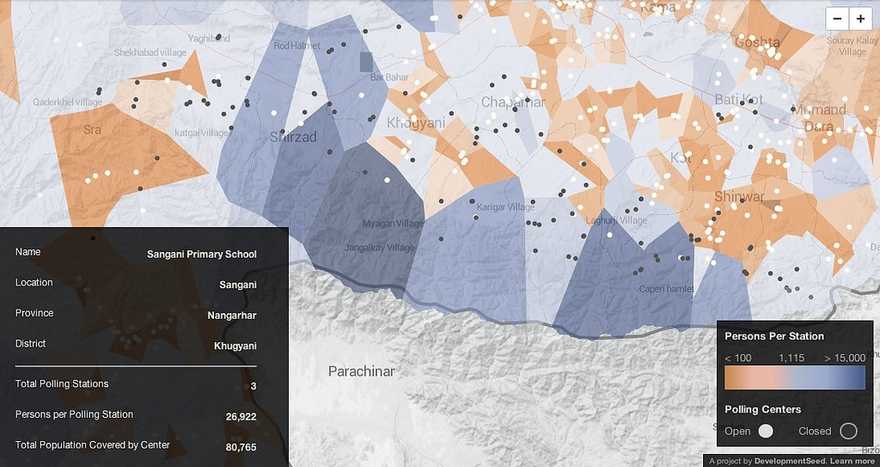 Bright orange polygons, with many more ballots than likely voters, are areas to watch for potential ballot box stuffing. 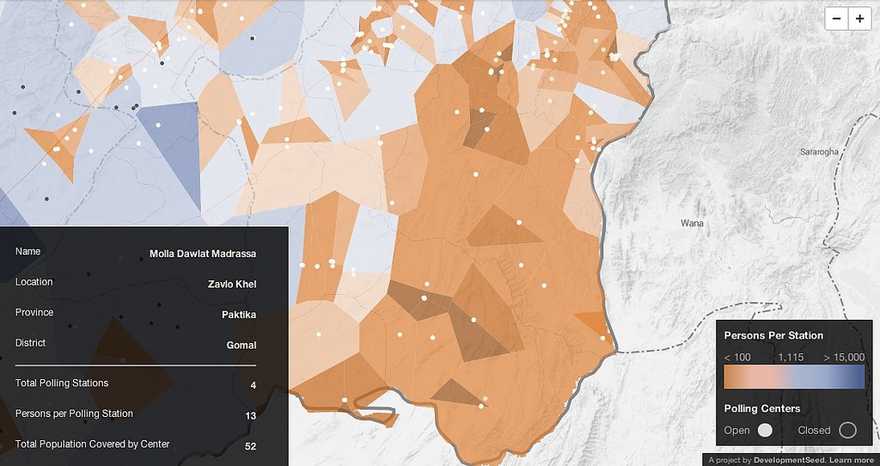 How we built this map

We built this map from open data. There is a rich set of data available at Afghanistan Open Data Project, its GitHub repo, and NDI’s Afghanistan Election Data. 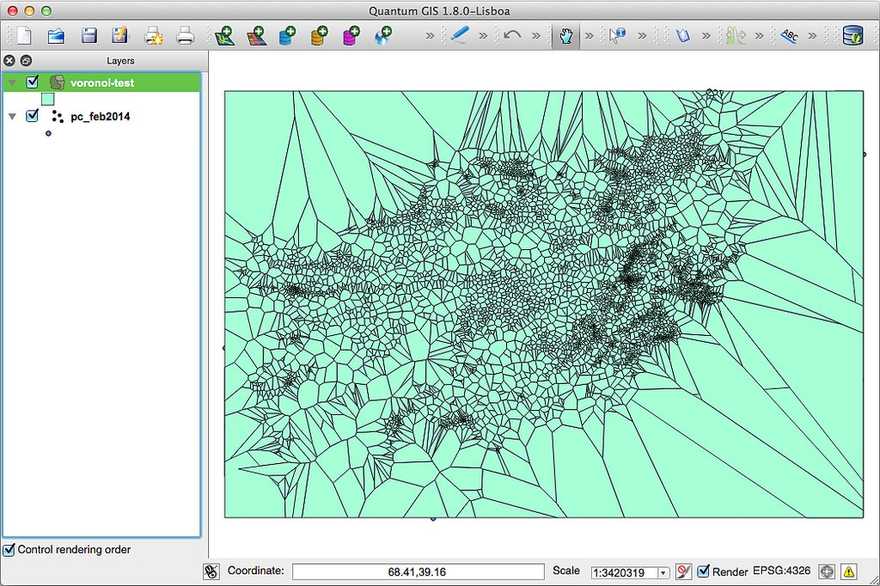 To see how many people live within each Voronoi polygon, we used the WorldPop Afghanistan population layer which provides population data to 100m grids. We used the QGIS zonal statistics module to compute the population within each polygon. 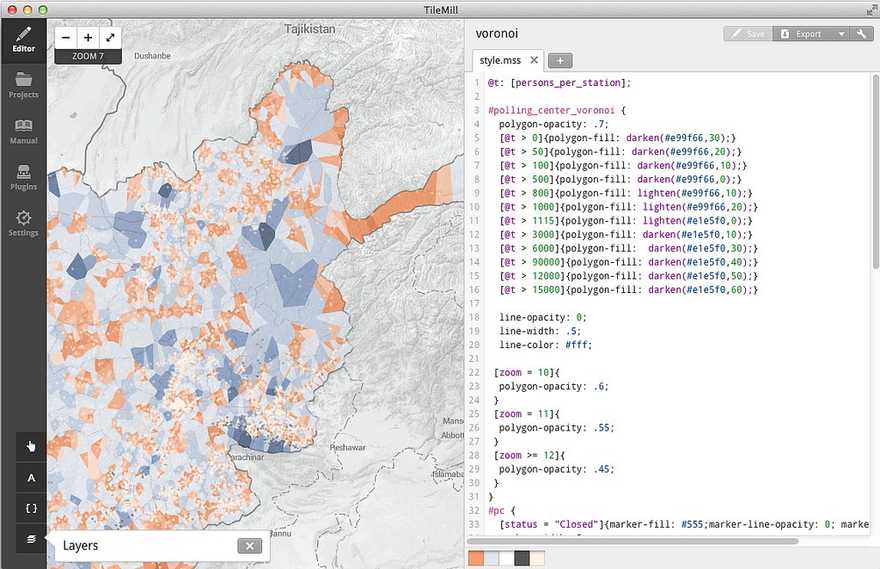 The methodology section provides additional information on the data and processing required to make this map.