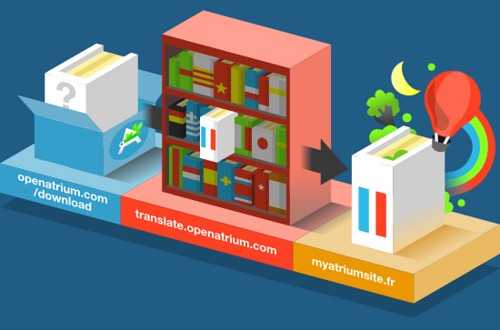 For more than a month now you have been able to install Open Atrium, select one of its 20+ languages, and have the translation automatically downloaded and installed on your site. While this has been working for awhile now, we are still refining the process. One change we’ve already made is that now translations are downloaded in multiple smaller packages, rather than a single large one.

Once your translation is installed, you can use tools like the Localization client, which comes bundled in the Open Atrium install, to translate page strings and then optionally contribute them back to the localization server, automatically. This flow of translations goes both ways, so your site gets the latest updates from the server just as you can send your latest updates to the server.

But what happens with my locally translated strings, which I like more than the ones that come out of the box, when I update from the server?

In a word, nothing. There has been a major improvement on this front. Now your translations are tracked and won’t be overwritten by someone else’s translations when you update, unless you choose for them to be. This means that you can contribute your translations, benefit from others contributing theirs, and make the world a better (translated) place, without loosing any custom work that you want. Let the translations flow! 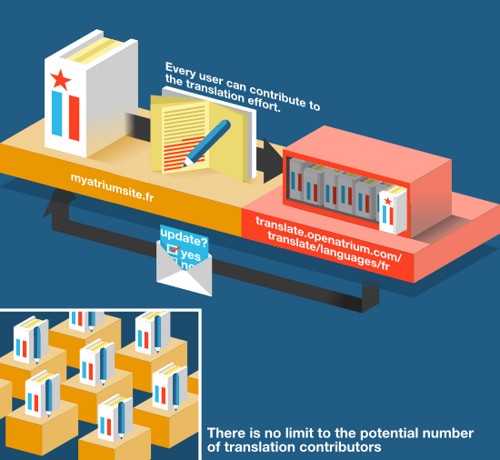 Nice! So are you guys replacing Drupal translations with your own set up?

Not at all. The model we have in mind for Open Atrium translations and which is getting closer every day is using l.d.o to translate Drupal modules. We are using our own servers for translations of our own custom modules, and all of the parts are speaking and collaborating with each other. 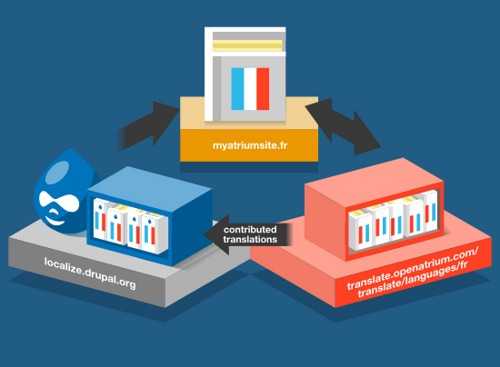 Lastly, we’re starting to realize that this may be more far reaching that we initially thought. Did you know that other open source projects are starting to use Drupal translation modules for their projects? Check out Gallery2: Localization_Server. The Open Atrium specific notes are also captured on How Translate.OpenAtrium Works.